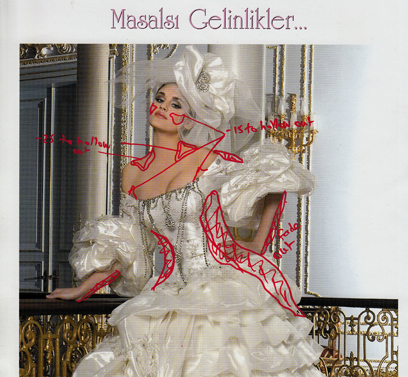 POST is a co-curatorial body of artists based in the North West of England who explore, within an inter-disciplinary context, strategies for dialogue, dissemination and exhibition. Their foundation is to build upon collaborative relationships for all involved. Five women currently make up the core of the organisation, with a growing number of associate artists who have participated in previous projects nationally and internationally.
Cecilia Kinnear
Cecilia Kinnear takes an interdisciplinary approach in her work looking widely at culture and social traditions. Having studied fine art at City & Guilds ofLondonArtSchool, she first established her reputation in fine art painting winning several national awards, but moved to an interdisciplinary approach after completing a History & Politics degree atLiverpoolUniversity. Also influenced by her work in Visual Merchandising within the UK’s leading retail business, her conceptual approach often employs a playful twist on the marketing mix and brand building, producing visual forms of social constructivism and perceived social realities or ‘imagined communities’.  In 2011 Kinnear was part of a successful collaborative international project working inIstanbul. This contributed to building connections and research for POST’s cultural exchange in 2012. During 2012 Kinnear will also be working as the Liverpool Biennial’s 2012 Visitor/Audience Service Manager working alongside the program team for 6 months.

Amanda Oliphant
Amanda is an Interdisciplinary Artist exhibiting nationally and internationally with a Masters in Art as Environment and most recently, has worked on two large Olympic sculptures. With an approach to change materials, present imaginary new worlds allowing us to observe our surroundings differently,it is our relationship with the environment that is being considered here through sharing. ‘We may all consider the sustainability of the world but do we really care because realistically, we are all just passing through’.We will go to the mountains has evolved from shared virtual exchanges of chance and coincidence. Different life experiences have emerged across two continents creating an opportunity to work organically, culminating in a physical display of found and remade objects.
Amanda Oliphant is located in the North West of England and is a co-founder of POSTliverpool with works in private and public collections including London, Berlin, USA and Australia.

Susan Meyerhoff Sharples
Meyerhoff Sharples’ practice is rooted in the construction, deconstruction and reconstruction of objects and their preconceived idealised meanings in order to compose new narratives. Her interest lies in the way meaning is ascribed to the objects that surround us, why they hold more than a material presence and how they are invested with a power beyond their materiality through the transference of emotions.
Recent work explores the human condition in a social, cultural and personal context, more specifically the coping mechanisms that we set in place to help sustain our lives such as: a search for connectedness, a sense of self, a search for purpose and a sense of loss.
Meyerhoff Sharples is an international artist, BA Hons fine art, based in Liverpool, England, UK, whose work has been supported by Ars Electronica Austria, Maerz Kunstlervereinigung, Austria, Sinebrychoff Museum Finland, Studio Valeria Croatia, Hrvatskog Gradjanskog Drustva Montenegro, World Museum and the Bluecoat Liverpool.

Claire Weetman
Claire Weetman studied Fine Art at Liverpool John Moores University and exhibits regionally, nationally and internationally.  Using drawing processes, and interventions in public spaces in her works, Weetman responds to and records movement. Drawn marks record the motion of people on everyday journeys – charting transient and fleeting moments, following how movement alters according to environment and measuring the passage of time in innovative ways.  Since 2009 Weetman has worked internationally on exchanges, residencies and exhibitions including Linz (AT), Schiedam (NL) and in late 2012 she will be in residence at Shanghai Fine Art University (CN).
Watermark is an intervention that was realised in Barbaros Square, Istanbul during 2012.  Watermark traces prominent directions that pedestrians move across a public square by painting a course of paving stones with an evaporating trace of water, a line drawn on the floor that is as transient as the movement that it follows.  It was produced in the context of reading about public squares as an ideal type of public space and the daily, intuitive, interactions that occur within these spaces (Tonkiss, Space the City and Social Theory).

Robyn Woolston
Woolston interrogates cultural concepts related to home, identity and the transdisciplinary space. Concerned with the signifiers of social exclusion and the commercialisation of basic human needs, she considers the nature of value within exchange mechanisms. From macro to micro, human-being to corporate machine, she reveals how the stories we share innately inform our sense of relationship to one another and the Earth that support us.
Winner of the Liverpool Art Prize 2012 she works across installation, photography, moving image, social engagement and on-line projects. Previous clients have included Guys Hospital / London, HM Prison Service, Intel, ITV, London Print Studio, Maerz Arts Association / Linz, National Geographic Traveller, Psychologies Magazine and Tenderpixel Gallery / London.
During 2013 she will be exhibiting in a solo show at the Walker Art Gallery, Liverpool.